Agile and the deja vu of a punkrocker 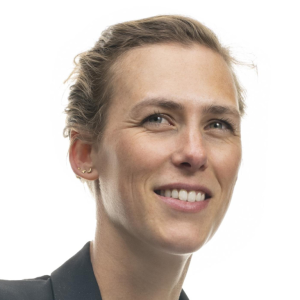 I witnessed it myself some twenty years ago. Megalomaniac-scaled ICT projects endeavored to find answers to as many issues as possible. In most cases, this approach resulted in an overextended development time.

By the time of delivery (years later in many cases, if it came to delivery at all), the solution had already been outmoded and the customer found himself already craving for new solutions. Nowadays we encounter the same phenomenon … this time non-ICT-related. On all business levels, yesterday’s priorities turn out to be today’s uncertainties. Now what? This calls for a Ramones revival and a history lesson from our ICT dudes.

Let’s zoom out first. In these times the gradual shift in the balance of power worldwide is a fact. Extensive changes are to be made dazzlingly fast. No wonder that many businesses and their employees are getting off their game. Roadworthy management models, all-round production paradigms, clever project methodologies …, they’re all being questioned. Bluntly put: they just don’t function anymore. And even though we realise this standstill, in a lot of cases we just carry on, burying our heads in the sand.

What we have felt coming for at least a decade, is now hitting us undeniably hard in the face: things go too fast, a certain threshold has been exceeded. And this threshold makes that corporations can’t hold or even can’t be bothered to hold the waves of change. In the nineties we called this “change fatigue” but nowadays we might as well speak of “change coma”. But okay, will we just keep playing dead, or do we actually want to awake from this coma? What – for instance – if these waves of change would no longer be experienced as waves but just as the (rough) sea that we navigate daily?

Managers and strategic advisors should look much more often through the “anthropologist’s glasses”. They really need to experience the embedded habits and habitats of the organization, to live through its culture. At Beanmachine it is what we do in most client interventions on culture/change. Taking this role of participative observer – or even better: observing participant – allowed us to establish that nowadays, employees are more than ever looking for strong mooring points. Some of them look backward, desperately trying to get hold again of the good old certainties they once found comfort in. Others, however still a minority, dare to look forward. They find the courage to let go of their first lifebuoy and go searching for the next one.

It is not by chance that this latter group often operates in an environment that has embraced “Agile” principles. Agile and/or its related methodologies like Kanban and particularly Scrum, help to cope with this constant change, with its complexity and uncontrollability. And it’s a deja vu as this is exactly what the ICT sector was put through some twenty years ago. These very same formulas Agile, Scrum, Kanban,… got introduced. Rather successfully I may add.

The genesis of Scrum, Kanban, and other Agile techniques shows us a great example of merging (and alternating) change and tradition. At the end of the nineteen-forties, the Japanese visited the Ford factories, to learn from their manufacturing processes. Back home, they continuously improved theirs. ‘Kaizen’ or continuous improvement became the core methodology at companies like Honda and Toyota. During the seventies and eighties, there was a turnaround. Now the university of Harvard started doing research on the Japanese Lean principles, that made this country’s economy so successful. The acquisition and the further development of Scrum within the ICT departments followed later.

Similar to punk, that arose from the up-thrust middle finger (including the bent safety ear-pin) towards the pompous prog- and symphonic rock music, Agile was brought to life as a counterbalance to the unmanageable waterfall models of the eighties and nineties. The undersigned can assure you that listening to the everlasting twaddle on project meetings in those times was a pain to the ears as well. Driving home after such meetings, my favorite medicine was the “It’s alive” music cassette of the Ramones blaring through the speakers. Without noticing, in those days, The Ramones might have been the prototype of the modern Scrum team. They confined themselves to 4 simple and controllable chords, they got rid of all stage banter, and they delivered one song after another at a relentless speed. Gabba Gabba Hey!

Despite being a huge fan, I too have to admit this disruptive methodology alone will not save today’s ever-changing world. There always is the human factor, in fact, maybe that’s what was missing when Agile got introduces back in the nineties. That’s why at Beanmachine we choose to combine introducing the methodology with raising the awareness of a whole new agile mindset for your employees: self-organized, responsive, good focus, failing fast, failing often, learning all the time… And yes, we thoroughly believe ànd experience that Agile makes a difference. Particularly in fast-changing environments, it is able to awake many stranded (non-ICT) projects from their change coma. 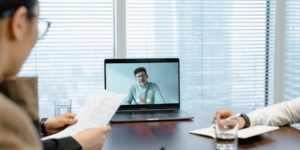 6 Trends in the hybrid way of working

Up until a few years ago, we mostly used ‘hybrid’ when discussing cars. Now, after a period of working remotely, we’re experiencing a shift to 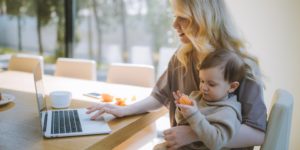 Business, belonging & balance as the new b’s for adaptive organizations

Whether you call it the New, Hybrid or Future Way of Working, it’s clear that there’s no ‘going back to normal’ from before COVID-19 hit. 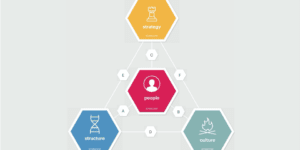 Back to school: a 3-day course on organizational design for the franklin university

At Beanmachine we love to share our knowledge with clients, with each other, and also with the new generation of business leaders. Recently, Geert and I had 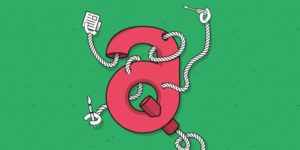 How to measure, analyze and develop your adaptability 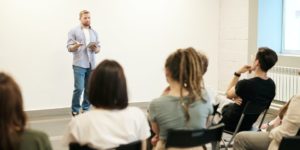 Psychological safety is one thing, bravery talks another

That morning at the coffee machine I ran into fellow Beans Serge, Chris, and François. Apart from our role as business consultants we also share 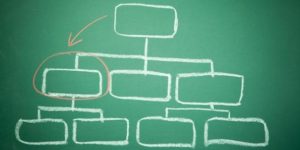 As well-meaning as they are in implementing such performance-based reports, too often these systems function entirely to give people even more incentive to narrow the

A community of seasoned consultants. Or as we like to call ourselves: Beans. Every Bean brings his/her unique experience and expertise to the table — with a splash of bravery. Want to level up your culture, leadership, teams, and organization? Give us a call!

Manage Cookie Consent
To provide the best experiences, we use technologies like cookies to store and/or access device information. Consenting to these technologies will allow us to process data such as browsing behavior or unique IDs on this site. Not consenting or withdrawing consent, may adversely affect certain features and functions.
Manage options Manage services Manage vendors Read more about these purposes
View preferences
{title} {title} {title}